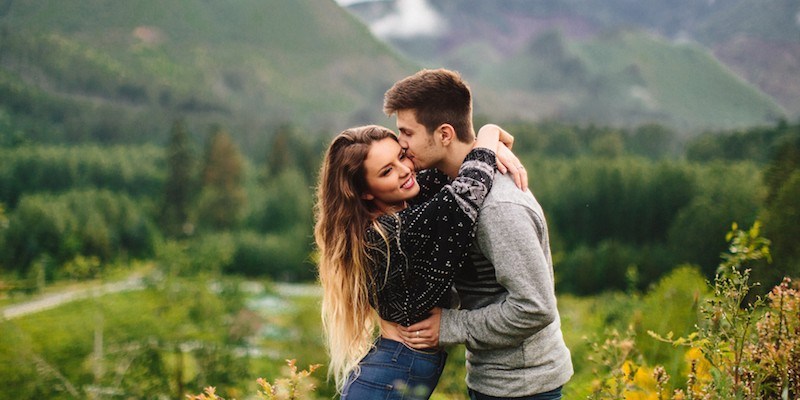 This question, though it might seem overdone, is still relevant.  What do we mean when we talk about “a “real” man?  What do you expect to see in an article with a title like that?

So many questions come to mind when I start to think about this topic.  As you might expect, we will touch on psychology and personal development, and we will ask ourselves the fundamental question:  Who are we?  And, above all, who do we want to be?

You’re obviously interested in the topic of seduction – otherwise you wouldn’t be on SBK right now!   You’ve probably realized over time that being a player is more a state of mind or a way of seeing things, rather than a set of rules ortechniques.

This will obviously influence our explanation of what it means to be a “real” man.  So what do we man by that?

I want to be attractive, not just a playboy

This is for sure the first goal, the one most related to a definition of “a real man” we can all agree on.  He’s not just trying to have adventures for the fun of it. His aspirations are higher, nobler than that. He can’t spend his whole life acting like a lovesick teenager, flirting with every woman he meets.

This man that we aspire to be is appealing by nature.  He doesn’t attract women by doing magic tricks or by dropping pick-up lines. He’s just himself: his confident, charming, cool self.

How did he get to this point? Probably through true self-awareness, allowing him to develop certain characteristics:

Seduction is not a necessity, an end in itself, toa self-possesed man. If he is attracted to the fairer sex, the time he spends with the ladies is reward enough, whatever the result.  Without any particular expectations in mind, he is just able to enjoy the moment.  A confident man never worries about what others may think of him. He is who he is, and if you don’t like that, well, forget you!

This does not prevent him from being romantic or expressing his feelings, but he’s not the type to desperately try to find a companion for the night, or to beat himself up if he’s alone. He enjoys socializing and gives his full attention to whoever he’s talking to, which is a big part of his charm.

The real man we are talking about is proactive – he’s always got something going on. He keeps a few different pots on the fire, tries to be open to all the ideas buzzing around him, and is always up to a challenge. He reads, researches, and keeps himself informed. He is always looking for new ideas, and keeps on top of the latest trends.

He never refuses an invitation, and tries to meet people from different backgrounds. He knows that personal enrichment comes from exchanges with others. He doesn’t mind putting in the effort necessary, because he values hard work. He knows that effort always pays off, and if he experiences failure, hecan put it in perspective because he understands that it’s all part of the learning process.

He is respectful, not arrogant:

A real man does not brag, does not try to pretend to be someone he’s not, and doesn’t seek out conflict. Even if he is just joking around, he never belittles others or thinks higher of himself. He respects the opinions of others even when they diverge from his own.  He recognizes everyone’s right to an opinion and doesn’t get angry in conversations or debates.

He takes care of himself, including his mind:

The real man, contrary to popular belief,doesn’t necessarily spend his life at the gym building his muscles. He keeps himself in shape, but he also knows that looks aren’t everything, and that what’s on the inside is what really matters. He is open-minded. He thirsts for knowledge and doesn’t judge others based on what they look like or the clothes they wear. In short, hestrives to develop his mental skills.

Rather than getting caught up in the rat race of materialism, he aims to become a man who understands the importance of working toward his own personal development.

A real man understands that money or possessions won’t make you happy.  Instead, he strives to improve himself.  He helps himself grow as a person by evaluating his priorities.  This lets him enjoy the simple things in life, to focus on relationships, and to avoid the macho image that many men put forward.

He’s not afraid to do the opposite of what is expected of him, seeking to enrich his experiences and learn more about himself.  Playing sports, learning to cook, even gardening – he’s open to everything, and willing to give it a try before he makes a judgment.  His top priority is feeding his soul.

As such, the “real” man is an artist. He loves creating things. He can paint, draw, and write. He does this not only for the beauty of the results, but to express his feelings and fears.

After all, he doesn’t claim to be unshakeable or untouchable. He has weaknesses and tries to identify hisown shortcomings. His goal is to rid himself of prejudices, to learn about and improve himself, and to achieve his own sort of happiness.  Even if he is aware of what others think about him, he doesn’t let it influence his decisions.  He has his own experiences and learns from each of them.

The caricature of the “hot-blooded” real man isn’t really accurate.  He’s not a violent person who demands respect or intimidates others with his physical strength. The opposite is true – sure, he can take care of himself, but that isn’t his first priority.  His focus is on achieving his goals, thinking about his actions, and improving his own life and the lives of the people important to him.

He knows where he comes from, and he knows where he is going.  He is attractive because he’s not actively trying to be attractive. He doesn’t try to please, he just tries to be himself, and his personality will automatically make him pleasing to others. Respect is a given. Wherever he goes, he leaves the same impression: that of a man in charge, someone to be admired.

A real man doesn’t compare himself with others or worry about how he stacks up. He knows who he is, and he knows that achieving his own potential liberates those around him to do the same. He is not selfish, though he makes sure his needs are fulfilled.

No, I know you’re thinking that it’s impossible to match this description.  And that is exactly why I’m talking about this as an “ideal.”  You might also have noticed that this description doesn’t exactly match up with that of the “Alpha Man.”  The reason is simple:  we do not need to impose ourselves as leaders, as dominant, to become a real man. It’s all aboutbeing on the right path!

What do you think of this description? How would you describe a real man? What qualities does he focus on? Feel free to leave your comments! In the meantime, we can all start to work on improving ourselves.

READ NEXT: How to ask her to be Friends with Benefits