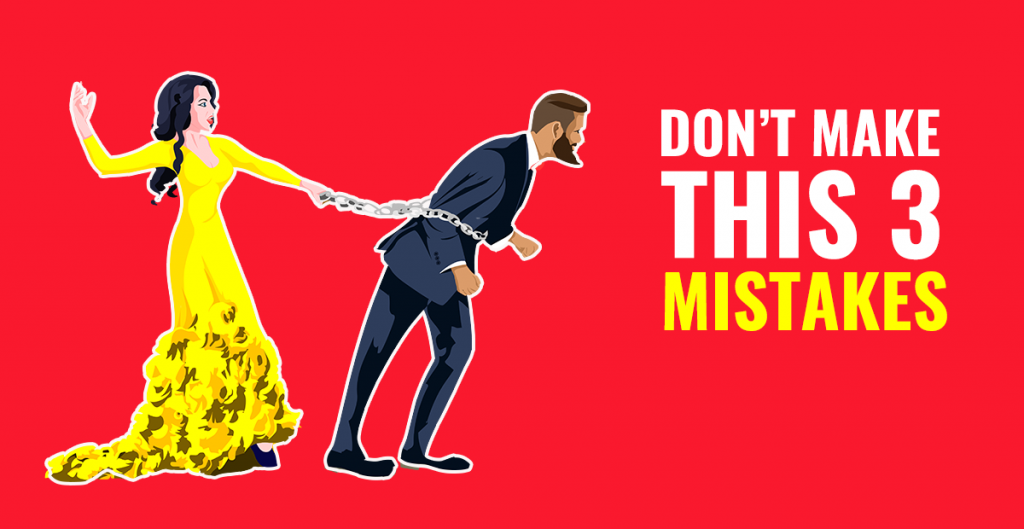 If there are a lot of things men are attracted to, there are also a lot that make them run away!

You ask yourself why it isn’t working with him or why he isn’t as interested in you as you are in him, or even, why he’s running away from you.

…And I’m going to show you how to avoid the 3 worst mistakes you’re making, that are making men run from you

You’ll see things clearly, and it will be up to you to fix these mistakes if you want to attract men rather than make them run away.

Before we get started, you’re going to have to recognize your flaws and be ready to work on yourselves in order to fix them and come out even better than before. Let’s go.

Gentlemen, the same thing goes for you. Let’s be clear about this, okay. ;-) The 3 fatal errors you’re about to discover also apply to you. Learn to avoid making the same mistakes if you don’t want to make women run from you.

Does it surprise you that this makes men want to run away? I hope not!

After an exhausting and stressful day at work, a man doesn’t want to come home to someone who’s going to add to those bad feelings, yelling at him that he didn’t empty the trash bins….

Men don’t like aggressiveness and it makes them run away.

Men like knowing that the woman in their life does them good, makes them feel better, calms them down; basically that she’s a positive influence on them, not a punch to the face! Ladies, being overly aggressive isn’t a good way to seduce men! Instead, it will have the complete opposite effect and make them run for the hills.

Aggressiveness is the extreme opposite of femininity and absolutely does not match with the possible image of a mother that a man might see in you…. That you’re assertive, is one thing, but being aggressive in your words and gestures is a huge mistake that you absolutely have to fix!

Pay close attention as you read what follows, to be sure you don’t misunderstand what I mean by “too serious”.

Of course men like women who are serious, in the sense of being mature and stable.

But they tend to flee women who are TOO serious – meaning, who have no sense of humor and are too uptight, close-minded, frigid….

Get what I mean?

A man doesn’t want to be bored by a woman; he wants her to be pleasant, fun, interesting. So a woman who’s too serious will make men run away!

You don’t like boring men, right? Well, for men it’s the same thing: They don’t like girls who are boring or too serious.

A little bit of madness has never harmed anyone. In fact, it’s this spark of spontaneity and uniqueness that men like. If you’re boringness personified and so uptight that you never approach anything any other way except seriously, it’s a lost cause…. Are you too serious? Then stop and relax. That will do you and the man in your life some good.

There’s nothing worse than an uncultured woman who has no conversation skills and spends all her time watching reality TV or shopping….

They like ladies who can carry on a good conversation and have a high enough level of intelligence to have meaningful, in-depth discussions about many different subjects.

You don’t need to be the most intelligent person in the world or to have the highest IQ but if you’re ignorant when it comes to numerous things about life in general, you’re not likely to really satisfy a man; instead, you’ll make him run away.

If you’re a bit dull, you’re not a lost cause because you can always expand your knowledge and become more curious and interested in things you don’t know much about.

However, if you stay in your bubble of ignorance and lack of general knowledge, you’ll only attract men with the same kind of mindset, so not very interesting ones….

To put it another way, if you lack knowledge and know-how, you’ve got a big reason for making men run from you, but luckily, you can fix this if you want to.

How to avoid these 3 mistakes that make men run from you?

In this article, I talked about three major things that constantly make men run away, but you’ll notice that these are things you can change and improve …

It’s up to you, but at least you know that aggressiveness, seriousness, and dullness will make men avoid you!

So if you feel like you’re making some of these mistakes, you know what you have to do, and it’s not that hard to fix…

BONUS: Mistake #4 – Refusing to learn how to seduce a man

I wrote my first book, “Le Guide de la Séductrice”, in 2008. My goal was to help a MAXIMUM number of women become the best versions of themselves, flourish, and meet the man of their dreams …

… while living their dream life.

I’m proud to say I’ve coached and changed the lives of more than a million women since.

And if I can single out the number one enemy of all women, it would be…

Most of the clients that I coach one-on-one are skeptical at first and tell me silly things like: “Stop, Kamal, seduction isn’t something you can learn…you have to be yourself. Blah blah blah blah….”

Listen to me, my friend.…

The thing is, women never like to seem weak or powerless, especially in front of a man. And in order not to seem weak, they’re ready to hold back and not ask for help when they need it.

This is a big mistake that can make men run away from you.

…and that – especially – will keep you from living your life to the fullest.

Ladies, learn to understand men, learn to do everything you can so that your seduction, meeting, and relationship are strong and enduring…

…And I’ll be there to help you. 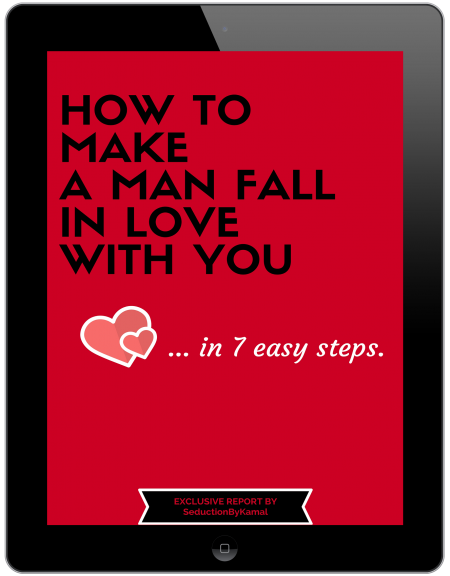 You have to promise me something:

You have to read it. As I’ve said, I’ve worked with thousands and thousands of women and the majority of them NEVER take action.

Don’t fall into this trap.

Don’t be that kind of woman.

I say this because you’ve read this entire article and I’m sure you want to change and become the best version of yourself.

If that’s true, the first step is downloading my free guide and getting to work right away.