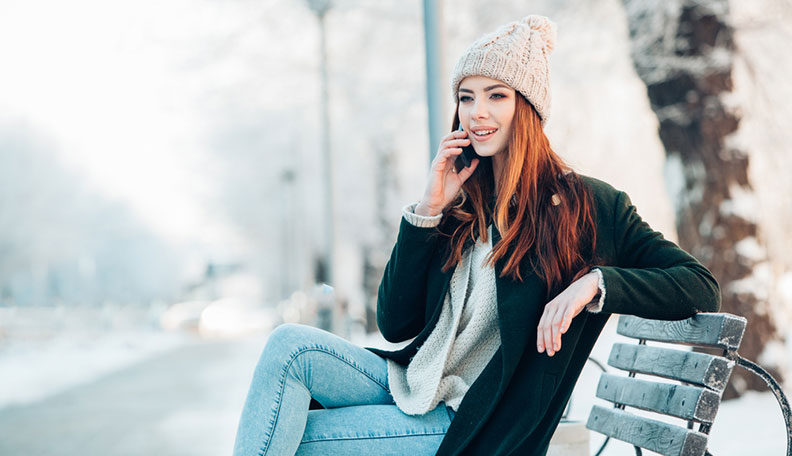 Radio silence is a technique people often use to get back their ex.

If you’re here, you’re obviously looking for a way to get your ex back. You think you’ve tried everything: you’ve bombarded him with messages, excuses, loving words, promises…. And nothing. No sign from him, or simply a refusal to see or speak to you again.

This is where radio silence comes in. We could call it radio ex silence, since it will let you get your ex back. But radio silence is more than just a name; it’s something that has to be done according to certain conditions. Since we’re talking about radio silence after a breakup, you have to understand and accept the breakup in order for this technique to actually work.

Radio silence after a breakup has to be done in a careful way. Post-breakup radio silence means taking some distance from your ex in order to come back to him. The idea is to make your ex miss you. This can reawaken his feelings for you and make him want to come back into your arms.

Of course, this isn’t about simply cutting off all contact with them and waiting for time to pass until one day you find him at your door, whispering sweet nothings. On the contrary, radio silence will allow you to take back control of the situation and of your emotions. It will allow you to no longer either need his affection, nor to be chasing after him.

That’s it, there’s the control that will be a concrete sign of change in your ex’s eyes. You’re going to surprise him by how confident you are. But your ex won’t be the only one who’s affected by your radio silence. It will also affect you, since it will allow you to catch your breath and regain confidence in yourself and your life.

Keep in mind that this period of post-breakup radio silence won’t always be easy, especially at the beginning. It will also be a challenge for your ex, whatever you might think. Your ex will do everything to show you that everything is going well for him, but men do that to hide their real emotions. You’re going to simply do the same, in a balanced, healthy way, to take control of your life and win him back in an intelligent way.

How long should radio silence last?

No doubt you’re wondering how long your radio silence has to last. It’s a totally normal and logical question. Before answering I’d like for you to carefully read what follows.

Like I said before, radio silence isn’t just about cutting off all contact with your ex and waiting for time to pass.

With radio silence, you have to make your ex want to get back together with you. You have to make him miss you, in order to get him back, little by little. With this technique, you’re going to give him space, which will allow him – and you – to take some distance. This silence will do him good, but it will also be beneficial for you, and let you reflect on yourself, your life, and your feelings for him.

If your ex was used to you always being behind him, always available and at his beck and call, this will be the complete opposite. He’s going to notice that, and he’ll miss you. But of course, you have to stick to the rules in order for your radio silence to work.

Every relationship, every breakup, every radio silence is unique. I could tell you to cut off all contact with your ex for 2 weeks, for 1 month, or more. But really, you’re the one who’s able to judge the best time limit. To help guide you, tell yourself that your radio silence should last at least 2 weeks. Now, you also have to take into account how long your relationship lasted, why you broke up, and the general circumstances. Your radio silence (which should be extreme in the first days and weeks) could then evolve into keeping your distance.

Radio silence when you’re in love

Radio silence when you’re in love is a truly useful technique. Whether you’ve been together for 6 months, 1 year or more, the intensity of your feelings could still be just as strong, regardless of how long you’ve been seeing each other. This means the lack of closeness will really be felt.

Practicing radio silence with your ex isn’t easy at first but like everything else, you’ll end up being able to do it. And remember that you should never, never give in for any reason. Interrupting radio silence when you’ve only put it in place for 1 week is going to drastically reduce your chances of winning back your ex. You have to seem strong and sure of yourself in order to best use this technique.

Radio silence means no contact with your ex in any way. No text messages, no phone calls, no “likes” on his Facebook profile, no reactions on his Instagram. Nothing. Zero signs from you towards him, even if he’s in a post by someone you both know. Total radio silence.

You may want to bend the rules, but it would be a shame to ruin all of your hard work in just a few seconds. To keep from giving in, keep yourself busy. Go out, see your friends and family, go to the gym or do activities that interest you. The busier you are, the less you’ll be tempted to break your radio silence.

Tell yourself that you have to keep up this period of radio silence so that you can be at your best physically and mentally. When you end your radio silence, you’ll be at the top of your game because don’t forget, you want to get your ex back. If you don’t look down in the dumps and you’ve let yourself go, your ex won’t want to get back together. On the other hand, if you’re in shape and exuding good vibes, your ex will be seduced and want to get back together with you.

Bravo! You’ve kept several weeks of total silence and haven’t given in and contacted your ex even once. Now it’s time to change your radio silence. Be careful, though, not to rush, because even ending your radio silence has to be done in an intelligent way. Just because you’ve held off from contacting your ex for so long doesn’t mean that now you can bombard him with messages and make the same mistakes you did before. No.

When it comes to the best way to end your radio silence, you have several options. You can simply send a text message to your ex or you could react to one of his recent social media posts. It’s up to you to decide how you want to come back into his life. But be careful not to spread yourself thin, reacting to everything he’s done lately. Choose a single method and don’t go overboard.

If you want, you could even choose to send him a handwritten letter. This is often considered the best way to end a radio silence, but honestly, it doesn’t matter what method you choose. If you’ve maintained this total silence, you can end it the way that seems best to you, as long as you remain poised and don’t harass your ex.

Once you’ve decided to end your radio silence, expect two reactions from your ex: either he’ll reply to you immediately or in the days that follow, or he won’t respond at all. A man’s radio silence can be his way to “avenge” himself for yours.

Don’t see anything bad in this; consider it a man’s natural reaction. Your silence probably deeply hurt your ex, so he thinks he shouldn’t come back to you whenever you feel like it. He could be trying to make you long for him, but in any case, you absolutely must not give in to his behavior and you must not spoil your own radio silence. Don’t forget that you must not show that you want his love but, rather, that you’re in control. What you want is to win him back in order to rebuild your couple on a healthy, solid foundation. You don’t want to make the same mistakes that led to your breakup.

Basically, a man’s radio silence shows that he was affected by your radio silence and that he’ll either come back to you or won’t. In the meantime, you’ll have taken enough distance from the situation to accept what will happen next and continue to move forward, with or without him.

Radio silence can be a good way to win back your ex, but most importantly it will let you take care of yourself. You can use this time to take some distance and reflect on what you want. Maintain radio silence for at least 2 weeks (ideally 3 or 4 weeks) but adapt it based on the reasons for your breakup and how long you were in a relationship with your ex.

If you’ve already used the radio silence technique with your ex, talk about it in the comments and share your experiences so that we can explore this subject more deeply, together.