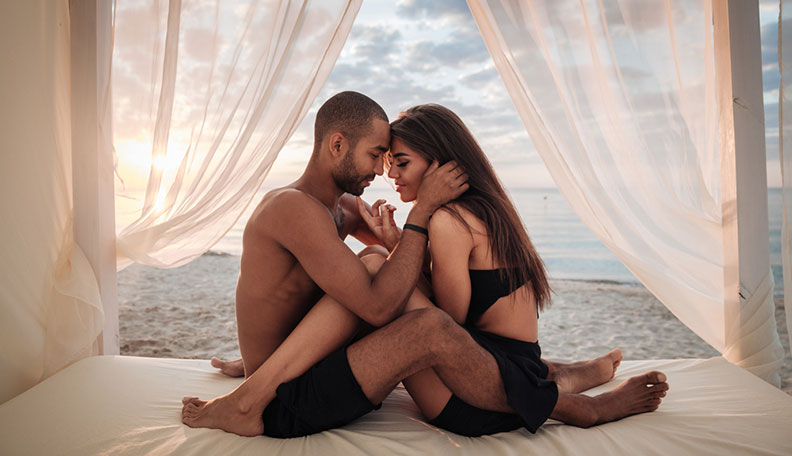 Listed in a book of the same name, The Four Agreements are rules for life that will help you find freedom, happiness, and love.

A lot’s been said about this bestseller, overall more or less in its favor. Written by Mexican writer and speaker Miguel Angel Ruiz, The Four Agreements was published in the US in 1997, and then in other countries in the years that followed. At only around a hundred pages, it’s a quick read. But this “little” book has sold millions of copies around the world.

What are The Four Agreements?

As their name implies, the Four Agreements are agreements – but what about? Author Miguel Ruiz suggests making these agreements with yourself, which will help you avoid any situation involving suffering, and see reality for what it really is. He denounces the way children are raised and conditioned: to know what is good and not good, what is true or false, what is beautiful or ugly, etc. He also denounces personal thoughts that give you a false image of yourself and of the world in general.

Ultimately, none of this is new. In fact, you’ll find a lot of Ruiz’s ideas in cognitive behavior therapy, which helps you see the traps you set for yourself by either not taking enough distance or by making generalizations.

So, if what Miguel Ruiz writes in The Four Agreements isn’t anything new, why has the book become an international success? For a very simple reason: The author knows how to use relatively easy vocabulary, as well as concrete examples. This means that the book isn’t just for people with a knowledge of psychology or counseling; it’s accessible and understandable to everyone. The author uses himself as an example to show that if he can make these Four Agreements with himself, anyone can.

The Four Agreements are:

A fifth agreement has recently been added to these:
Be skeptical, but learn to listen.

Let’s take a deeper look at each of these agreements.

The first agreement: Be impeccable with your word.

The first agreement is about speaking with integrity and only saying what you think. You can’t use your word against yourself and you can’t malign others, either.

Miguel Ruiz writes about the power of words. We’re all marked by hurtful things that were said to us when we were younger, or even less young, for that matter. Whatever comes from our mouths has the power to do harm. With words, we have the power to destroy but also to build. Take, for example, telling a child that he’s fat. This will influence how he sees his life and himself, because he’ll always believe that he’s fat.

So how can you live by the first agreement? Look for a way to balance what you say by finding a middle ground. You shouldn’t go overboard when it comes to what you say or how much you say it. This goes for all critiques and judgements you direct at other people. But it also applies to things you tell yourself, like “I’m no good,” “I’ll never be able to do this,” “I’m ugly,” etc. All of these statements are negative and will have a bad influence on your mentality.

Ultimately, criticism and judgement give us false images of others and of the world in general. The solution is not to talk too much, but to tell the truth, emphasizing positive things about yourself and others.

The second agreement focuses on the fact that other people’s actions and words only correspond to their personal reality. Once you have a shield against this, you’ll no longer continue to needlessly suffer.

To put it another way, another person’s words and actions do not concern you. If someone criticizes, judges, or insults you, that’s the image that they have of you but it’s not who you really are.

In the same sense, if something happens, it’s not always tied to you. According to Miguel Ruiz, it’s important not to fall into the trap of egocentrism that suggests that everything is tied to our actions and gestures. According to him, egocentrism plunges us into illusion and prolongs our suffering.

In order to follow the second agreement, you have to take some distance. You can’t claim something for yourself that belongs to someone else. Otherwise, you’ll only end up with sadness, fear, or anger. The goal in this case is not to take responsibility for others’ words and acts.

The third agreement means that we must have the courage to ask questions and express our true desires. You have to be able to express yourself and communicate clearly with others in order to avoid sorrow, misunderstandings, and drama.

Assumptions carry prejudice. When you assume, you create hypotheses that you end up believing. For example, imagine that your partner didn’t send you a text message today. You think that they’re angry with you or that you’ve done something bad or something happened to them, etc. When you do this, you emotionally poison yourself.

In order to keep it from happening, you must be able to clarify things by speaking about your concerns. You have to be able to listen and understand.

To accomplish this, you must realize that your assumptions are nothing more than bad ideas. Once you believe in your assumption (‘My partner is angry’), you’re going to feel pressured (‘I’m not going to reach out to them’). All of this is, obviously, a source of stress and anxiety.

The fourth agreement: Always do your best.

The fourth agreement simply says that you have to do your best under every circumstance.

If you re-read the first three agreements, you’ll realize that they’re directly tied to this fourth one. Basically, if you always take things to the extreme, you use up all of your energy, which leads to acting against yourself. If you do the inverse of going to the extreme – in other words, doing less – you’ll feel frustrated, regretful, and guilty. You have to find the perfect balance by doing your best.

You have to understand what is good for you, not what is the ‘norm’. Sometimes, what’s best for you is to listen to music or rest or exercise, go out, etc. You simply have to remove yourself from the desire for perfection. Instead of thinking that you have to do something, tell yourself that you can do something. The difference is that you’ll do this “something” without asking what other people are going to think or expect.

The fifth agreement: Be skeptical, but learn to listen.

Originally, there were only four agreements, but in 2010, Miguel Ruiz and his son co-wrote another agreement. This one means that you should neither believe yourself, nor anyone else. You have to doubt and question what you hear, by asking yourself if it’s really the truth. This means that you must learn to listen.

People who always complain won’t be able to believe that what happens to them is tied to what they give off. For example, if I tell myself “I’m afraid I’ll fall,” I will fall, and I’ll be even more afraid of falling again. This vicious cycle will continue for as long as I continue not to understand that it’s the fear of falling that makes us fall. You have to go beyond this fear.

This fifth agreement leads to a higher level of consciousness, that is, the freedom to be who you really are. While the first four agreements are mostly concerned with being in harmony with yourself, the fifth agreement is about being open towards others. It also allows you to learn to respect your dreams, to accept yourself as you are, without having to change anything.

Our beliefs are what make up our reality, so in order to change that reality, we have to change our beliefs. This is why you have to doubt, be skeptical and able to question what others say and what you tell yourself.

You then have to learn to listen in order to improve communication. Not everyone has the same opinion and no opinion is absolutely right or true.

These agreements should help you be well in mind and body. They were developed to allow you to be at peace with yourself and with the world around you. What do you think of them? Do you think there’s truth in them or do they just seem ridiculous?