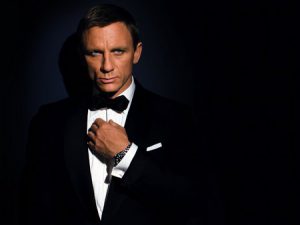 Some of you may already know what the dominant male is.

For others who may not know, I will make a brief reminder. This term comes from anthropology and social psychology:

a dominant male (or alpha man) is a leader, the head of a group. There have been many examples in history: Che Guevara, Martin Luther King, John Kennedy, etc. One of our Lifestyle Conseil instructors offers leadership workshops and teaches how to become a charismatic man. Today, we will take a look at its interpretations regarding love relationships.

Many websites, forums, gurus claim that a dominant male is attractive. Tyler Durden is often mentioned as a model that should be followed. Ever since this claim, we’ve lost count of the number of players that became his biggest fans. This is a true fact. Dominant males are attractive. However, what some of you may not know is that being attractive does not always mean sleeping with lots of women. Girls are attracted when being hit on by such men. But this doesn’t mean that it all ends there. Instead, you may hide behind arrogance and being mean, thinking that it’s what attracts them. There’s a difference between self-confidence and arrogance. People who are self-confident don’t need to prove to others that they are self-confident. Arrogance is a weakness, a vice. Whenever people may flatter you, your arrogant self may show up. Let’s take a look at two simple reasons of charm in a charismatic man. We will then be interested in frequent mistakes.

The first question that you may ask yourself, whether consciously or unconsciously is “what’s so attractive about someone that people follow him?” For some, the answer is “I don’t really get it… this guy is nothing but an arrogant and self-centered idiot » But if you want to keep your target’s attention, you should cultivate that mystery. You should be cold and sarcastic, but also smooth and nice. Alternating characters intrigues people. We don’t really know who you are, and we want to discover it. You may often be advised not to reveal too much about yourself. A frequent mistake is to say too much about you or too little about yourself.  You should start by giving a small sample of your personality, just to attract people’s curiosity

Women like feeling secure. They like the idea that you’re there when they need you, that you can handle things. To me, this is the best definition of being a strong man. This may not be the description according to which a strong man is a man with macho ideas and muscles, with a breath that tastes like beer etc. Don’t go too far into the other extreme: the protector. If you’re always watching out after her, controlling her gestures, she won’t feel reassured, and she will feel oppressed. Don’t mix this with guiding her with authority. No one likes authority and this as soon as people become teenagers. If after being a teenager, we don’t mind a little authority, we don’t like authority on a daily basis. However, being guided, moving on without worrying about what brings us back to our childhood is something we like. We want to find these times where pleasure was our only preoccupation.

Some readers, often readers who feel bad about themselves and are insecure, go from one extreme to another. They used to be invisible and followers, and then impose their presence and are not thankful.  Only naïve people fail to identify these guys: the jerk that hides his insecurities and protects his ego behind a mask. He tells on people and becomes barely bearable before people start seeing what his game is all about. Women would take advantage of such guys and would control him as much as they control their roller blades. Moreover, who would like to be friends with such a jerk? The only thing that could be intriguing about such guys is that they may show other facets. I repeat, changing your personality creates a feeling of mystery around you. A jerk is only interesting if something lies behind his insolence. But some of you may forget this. Therefore, only a ridiculous person remains someone with no great interest.

Something else: being charismatic does not mean refusing authority. Unless you’re like Michael Corleone, I wouldn’t recommend that you always say your word when there’s a conflict. In some cases, you may end up in a hospital bed. Regarding authority, you may need to experience it one day or the other. Be smart and obedient: if you reveal your ambitions, you can end up being in trouble. Moreover, your ambitions can make you common and predictable.

Before I leave, there’s a book that I’d like to recommend: Robert Green’s 48 laws of power. They will teach you about leadership more things than the average article about how to be a charismatic man.