We have learned several techniques to learn how to approach a girl, notably with those famous openers. We also talked about the Direct Game and Indirect Game, but today, I’d like to share another technique, because in the streets, it’s a whole different story! 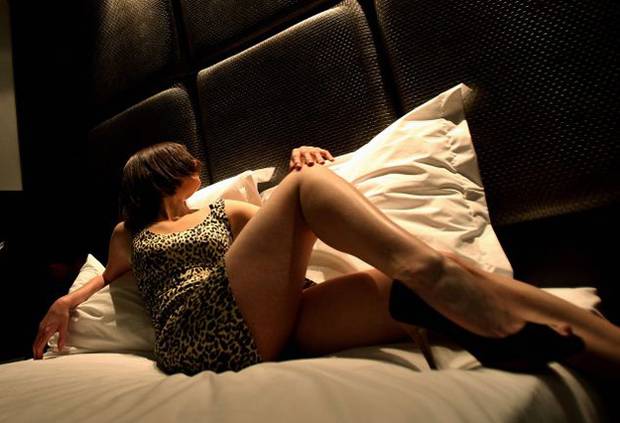 Let’s learn together how to get from the girl you approached in the street her phone number, and let’s also see what I will call “the new state of mind”!

Sarah is a charming lady and a college student, and after a hard day spent between books, she goes home a little tired, and on her way home she meets a young man, Samir. They look at each other, they bump into each other, they get away from each other and both keep heading their ways… end of the story, the curtains come falling down, spectators cry. So does Samir. “Too bad, he was cute” thinks Sarah.

Now let’s leave this poor Samir alone, and let’s think at his place. YOU, faithful SeductionByKamal.com© reader is a seducer who has understood the bases of human relations notably in the area of seduction. If you like a girl, then she’s a girl that you MUST approach her WITHOUT excuses!! If the girl stars at you, that means she’s inviting you to approach her, and you are not allowed to act like an AFC, like Samir.

The idea of approaching Sarah is now in your mind. Perfect! But what you should know is that you don’t have 10 years to do it, but 10 seconds to react, if not less (the three second rule), otherwise she will just be an old memory. To do so, we have seen all the necessary techniques (openers) but today I would like to make things a little easier for you. In fact, the state of mind that I mentioned is the following:

You see that pretty lady in the street. You want to get to know her…. Action!

“Excuse me, you’re going to find this weird, but we’ve just bumped into each other, and if I didn’t come tell you this, my day would have been ruined” (Don’t forget the smile)

Normally, the girl will find that enormously brave of you, she will think of you as a man full of

audacity, with a smile that naturally compliments her, and they don’t get to see that every day!

I also really like your bag/watch/hair/jacket/whatever… nice, I think you must be one of those women who carefully choose their accessories/clothes/whatever… then, I would have to, unfortunately, take your number so I can get to know you later on, I have friends waiting for me, so please write down your number here…”

If the girl reacts negatively (I’m not giving you my number/I have a boyfriend/bla bla) honestly, we don’t give a DAMN! The more you get to know the bitter feeling that, at the end of the day, just before you go to sleep, this internal voice that comes out and that fills you with regrets: “ah she was so pretty, if only I could have talked to her, perhaps…”

Yes you will never be in that situation again, because it is your job as a seducer: if you like a girl, you SHOULD approach her, that is the reality of your seducer life!

Many of you may find this approach too direct. Yes, you guys are right. But that’s the only way you can evolve and REALLY move on the process of self-development, and in seduction.

OK, here’s a Direct Opener, but which is a little soft:”

“Hi, do you know where the post office/police station/mall/park is?”

“Ye, to the right blabla”

“No in fact I wasn’t looking for the post office, I just thought you were cute and wanted to start a conversation with you!”

Trick to take her phone number:

There you go gentlemen, I hope that you have understood this new state of mind, and then also, I would like to invite you to adopt it. Remember, seduction is not something you can learn in front of a PC, but in the streets!