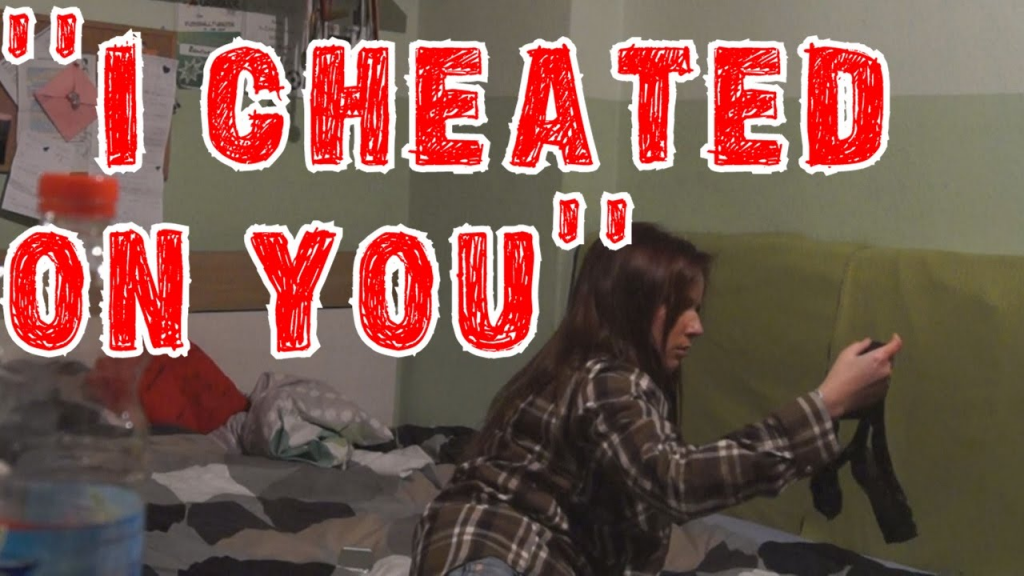 Being in a relationship isn’t always a bed of roses – far from it.  Though the passion is always strong at the beginning of a relationship, routine, boredom, and petty fights can make it fade quickly.

Relationship problems, if not discussed and brought to light, can quickly grow, leading you to turn away from your partner, without realizing it yourself or ever talking about it directly.

At this point, cheating can provide an opportunity to escape, to take a breath of fresh air, though that might not be the excuse given.  Instead people blame their own weakness, too much alcohol, or running into an old flame, to justify a bad decision, and all the lies and manipulation that come with it.

Suspecting your girlfriend of infidelity is therefore a serious, upsetting thing. To be honest, it can drive you crazy. Every excuse, every absence, every ignored phone call can raise doubts, worries, and suspicion. It’s impossible to relax under such conditions. And you can never know if your girlfriend would tell you the truth, if she were with someone else.

Today’s article will try to provide help and give answers to those who want to know if their girlfriend is being unfaithful. Such proof can help you to move on, and even obtain material compensation in some situations, especially in divorce cases.

Without further ado, let’s start our discussion and try to identify signs of suspicious behavior.

1 You’re no longer the center of her universe

“A couple consists of two people.”  This statement will never sounded as wrong as it does when your girlfriend is cheating on you.  One of the first signs of an unhealthy, damaged relationship is adecrease in interaction between the two of you.

Your girlfriend ignores you, doesn’t invite you to events or include you in her plans.   She communicates as little as possible and is evasive about any questions about her personal time.  Obviously this is not necessarily proof that you are being deceived – but it signals a distance between you two.

2. She’s avoiding your friends and family

Adultery is a heavy burden. It’s easy to understand how an unfaithful person might want to limit events and meetings as a couple.  It’s not easy for everyone to be two faced – which is a good thing!

Moreover, it will obviously be hard for an unfaithful girlfriend to put on a happy face in front of your loved ones. She’ll start to think about the magnitude of her unfaithfulness.  If she starts to find excuses to avoid events with you, be on the look out.

3 She starts taking better care of herself

As you can imagine, if a girl is trying to be attractive to others, she’ll put extra effort into her appearance.  If she’s spending longer in the bathroom, putting more effort into getting ready, or wearing especially flattering outfits, it’s a well-known sign that she might have somebody on the side.

If your girlfriend used to be low-maintenance and she starts spending a lot of time primping, especially if it’s to go out without you, you can legitimately begin to suspect her intentions.

4 You have sex less often

Though it’s normal for sex to become less frequent and passionate after a few years together, too many excuses and constant rejectionsby your girlfriend can also be a sign that she’s found other ways to be fulfill her needs.

And as you can imagine, having sex with you while she’s cheating with someone elsecan make her betrayal seem even more vicious and mean-spirited.

If it seems like your girlfriend is really trying to avoid physical contact, ask why. If she hesitates to answer or responds with anger, you should start to be suspicious.

5 She startsshowing interest in your schedule

Your doubts about your girlfriend’s loyalty may also stem from her communication and habits. Any sudden change will be a sign of change, for better or for worse.

If your girlfriend has startedasking a lot of questions about your work hours, plans, means of transport,orlogistics in general, especially if her curiosity doesn’t seem to have any logic behind it (like wanting to come with you, pick you up, or set time aside to spend together), she may be looking for windows of availability to see someone else.

The best thing to do is to respond incorrectly, to see what happens if you arrive too early. Will she be where she claims to be? Will she be alone? It may be painful to know the truth, but at least you’ll know where you stand.

If your girlfriend is flirting with another man, she will want to hear from him, even if you’re around. So ask yourself: is she making efforts to be alone with her cell phone? Could she be sneaking away to call him? Does she get mad if you try to watch over her shoulder?

Normally (of course, no couple is “normal”), people in a relationship don’t have a lot to hide from each other. There could be a million reasons for your girlfriend to need to loan you her computer or phone.

So why the change? Could she have something to hide? Judge for yourself, but know that this type of behavior is one of the most obvious signs that she is hooking up with someone else.

7 She’s getting more and more picky

Again, strained interactions aren’t proof of infidelity, since your own behavior could also be responsible for your girlfriend’s new attitude.  There is a way to get the truth, though.

People who cheatoften try to place the blame on their partner, to notice all his faults, in order to justify their actions and share the blame for the breach of trust.

Everything really depends on your character, but if you notice that your girl is on your back more than necessary, and without any real justification, you might start to wonder about the reason why!

8 She starts mentioning a new friend or colleague

If your girlfriend is cheating on you, the situation at home is very different from the outside world. When you’re at home, she has to face you alone, and can’t call on her lover to support her or justify her inappropriate behavior.

So it may be that shementions him, in a roundabout way, to find the strength to look you in the eye. Is she constantly talking about a good friend she’s never mentioned before? Or about a new co-worker?

Note here that the gender of the missing person does not matter. What matters is the notion of external support, or an independent authority. Your girlfriend might start arguing with you more often, and blame it on what other people think or say. Is this an escape from reality,a way to avoid responsibility for her actions? For sure!

Our last argument is probably one of the most obvious. If you don’t live with your girlfriend, and she finds excuses to avoid you, ignores your invitations, or doesn’t want to spend time with you, your relationship is probably in danger.

It’s up to you to try to decipher her behavior. Is she more focused on others than usual? Does she put in a lot of effort for her “friends?”Has she changed her usual routine? Have you been fighting more often?Does she have a genuine excuse? You have a lot of questions to ask yourself to be able to understand the situation.

Often the truth is right before our eyes, and we refuse to face it. If you suspect your girlfriend has gone astray (and this article strengthened your suspicions), it’s time to be candid. Why don’t you just ask her if she’s seeing someone else? At least you can leave her a way out, a graceful exit.

In fact, I do not encourage you to delve into her affairs, to follow her, or to check up with her friends. A person who is cheating on you will eventually slip up.Be the bigger person and start a dialogue rather than being sneaky.  Losing your head over someone capable of acting like that isn’t even worth the effort!