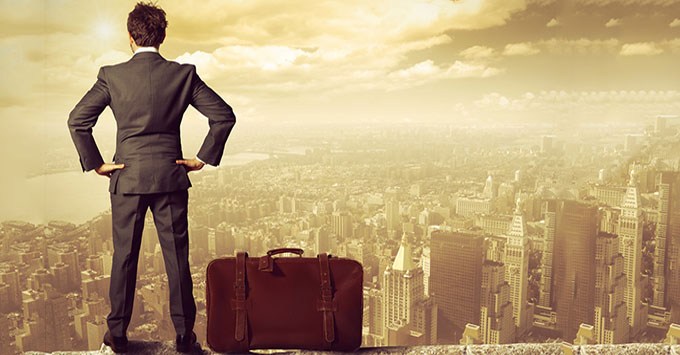 Here’s a thorny issue that drives debate, provokes reflection, and necessarily generates increasingly challenging feelings. In matters of love, betrayal is one of the worst things there is, that’s for sure.

Often related to being cheated on and,you might say, of being taken for a fool, a situation of betrayal necessarily provokes many questions.

Should I forgive her? Let bygones be bygones? Break up? So many questions come to mind… today’s article won’t give you a magic solution, since everything depends on you and on your particular relationship, but it will try to offer some guidance and give you the tools you need to make an objective decision.

1 Betrayal is a personal attack

The image of your girlfriend sleeping with your best friend, or thinking back to all the lies we’ve been toldis a difficult, even disgusting, task.  But even worse is the injury to your ego.

You’ve been dragged through the mud, manipulated, lied to, and made into the bad guy, and all the while you thought nothing was wrong.

This is the first thing to highlight: a betrayal is about more than just the act committed.  It’s also about the way she deceived you.

So how can you rebuild trust? How can you come to terms with being with the woman who stabbed you in the back?

Put that way, it seems like there is only one option: leave and don’t look back.  The problem is, this creates an even deeper pain.

Not only are you the butt of the joke, but at the same time you lose your partner, your stability, the security of being in a relationship, and any plans for the future.

How can we not take this vile and ungrateful act as a personal attack, an intentional attack? How can we keep a little bit of self-confidence even when everything we believe in suddenly collapses?

2 Betrayal: is it your fault?

Thoughfinding out that your girlfriend is flirting with other men, cheating onyou or laugh at you behind your back is obviously painful, youshouldalso see that your anger about the situation clouds your judgment, making it hard to see things clearly

Because of this, it’s impossible to look at the situation calmly, to say nothing of your pain as a victim, and other relatively dark thoughts. Yet, as an Alpha male, you must learn from your mistakes, gaining strength in your most trying hours.

Saying this may make you want to throw rocks at me (if it does, please be kind – don’t aim at the eyes or at the sensitive parts), but I’d like to talk to you about your own role in the betrayal of your girlfriend.

Lets get real, gentlemen. Women are not sex maniacs who are just waiting until your back is turned so they can sleep with your worst enemy, bandmate, or some guy they met in a bar.

There is always a reason for why people behave the way they do. Sure, this doesn’t justify the unforgiveable act that occurred, but it helps explain what happened, and helps you understand what occurred so that you won’t repeat the same mistakes in the future.

The truth is, a woman who feels neglected or ignored will look for a situation where she is valued the way she should be, where someone is giving her attention and showing her that she is fundamentally interesting.

These questions are difficult and confusing, but they are necessary to understand what’s going on. As an individual focused on personal development, you will therefore need to ask yourself to identify areas that could have caused this chain of events.

Only then will you have the peace of mind to decide what to do next.

3.Forgive her or forget her

As we stipulated in the introduction, everything really depends on the context of your relationship, of the damage that occurred, and your capacity for introspection and objective reflection. I myself once managed to forgive a woman I was with who made some mistakes.

We were on a break, and under constant pressure from her ex, she cracked. She then told me she needed to give another chance to the man she had spent 10 years with, to be sure that she didn’t feel anything more for him.

At first glance, I thought this was a ridiculous excuse… but then I thought about it and decided to give her another chance. It grew into a meaningful and lovely relationship, proving that she was not inherently evil, even if she wasn’t perfect.

Context plays a role, that’s for sure. But you have to learn to let go of certain things if you want to make the right choices. Other people’s opinions, your own ego, your understanding of women… there are so many things to think about when making the decision.

Know in the end that if you break up, you’ll doubt yourself for a long time, and it will be hard to trust again (because, yes, even if you played a part in her betrayal, it is still difficult to forgive someone).

Guilt will eat at you ever so slightly, buttaking time to meet friends, go out, and having a life of your own will help you regain confidence.  And especially in this situation, you’ve got a lot of people supporting you in your fragile state!

This does not take anything away from the pain, but allows you to mourn a relationship that was apparently not made to last.

As you can see, the theme of betrayal is not easy to discuss. For this reason, I invite you to share your comments and to continue the debate. This should be usefulfor a lot of our readers!